There is no reason to be daunted by the thought of making a glazed ham! It’s quite straight forward if you have someone to show you how to do it.

Here’s why this Maple Glazed Ham is my go-to centrepiece for holiday menus: 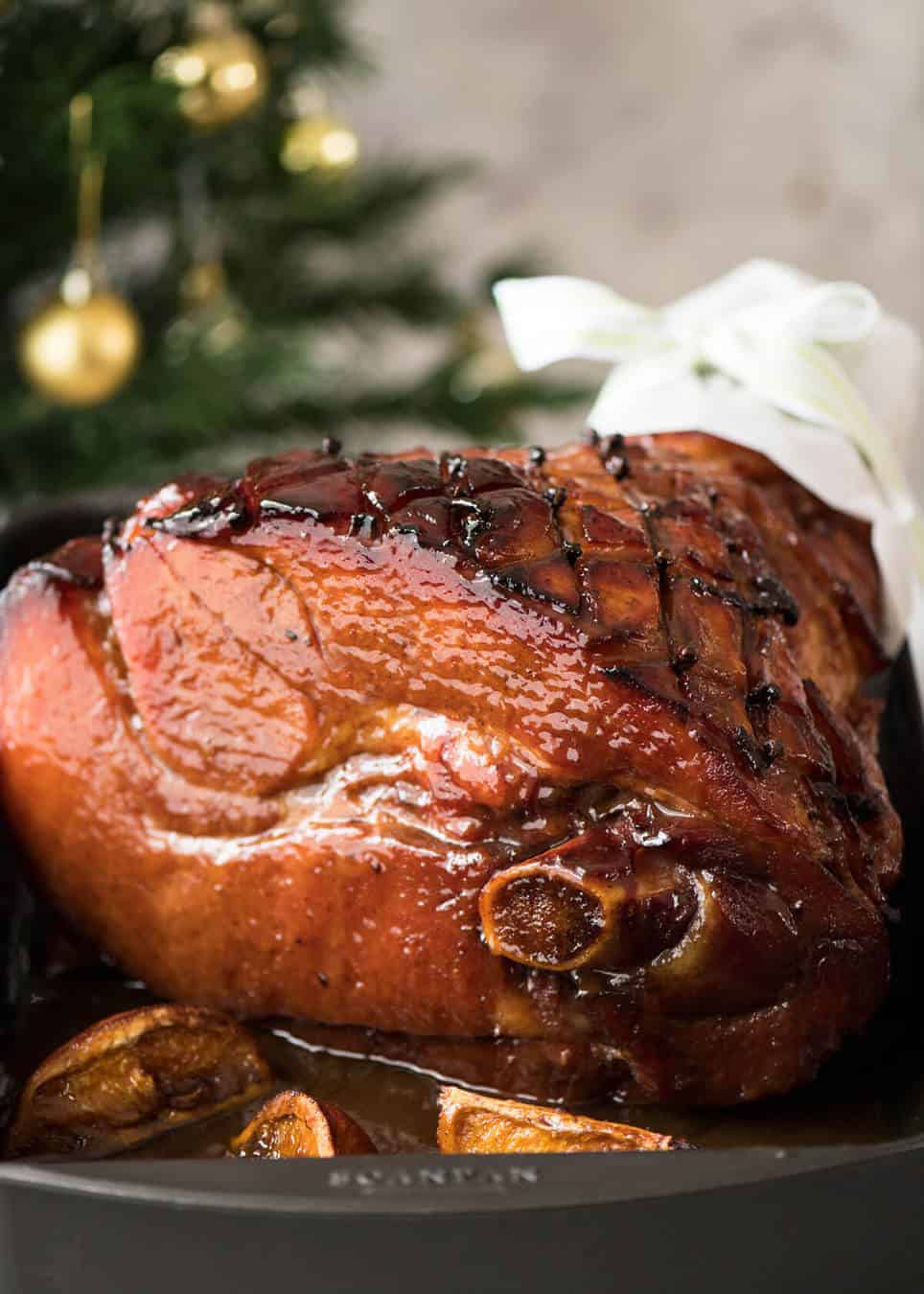 When it comes to ham, there’s nothing to the ham glaze recipe – it’s literally mixing up a few ingredients. The part that’s not an everyday step is peeling the skin off – but don’t worry, the visual steps and recipe video below will guide you through it. It’s not a big deal – the skin WANTS to come off!

What goes in the Ham Glaze

Here’s what you need for the Maple Ham Glaze. So few ingredients, it’s magical how it transforms once baked! It’s the combination of the glaze, the caramelization of the fat on the surface of the ham and the salt in the ham itself (which is why I don’t use any salt in the glaze). 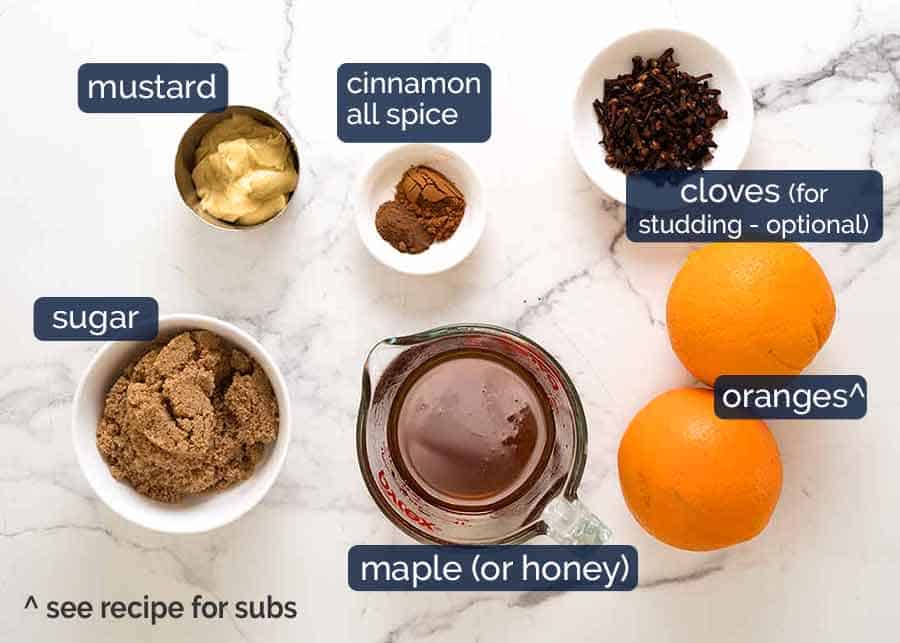 How to make Glazed Ham

1. HOW TO REMOVE RIND FROM HAM

If this is the part you’re worried about – don’t be! The skin is thick, sturdy and WANTS to come off – so it peels off with little effort, mostly in one piece!

Here’s how to remove the rind from the ham. 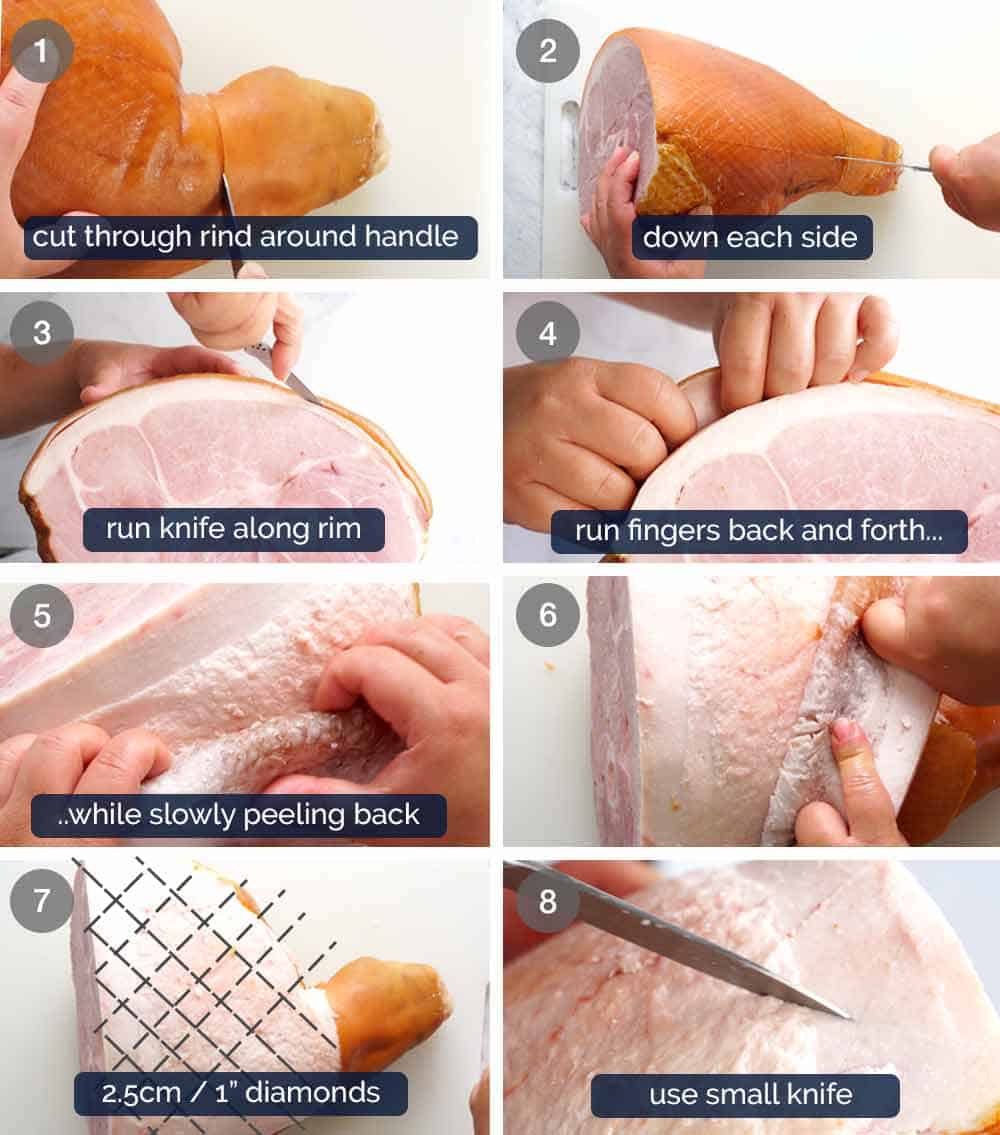 This part couldn’t be easier – just brush or spoon the Maple Ham Glaze all over the ham, squeeze over the orange juice then pop it into the oven to bake, spooning over reserved glaze every 20 minutes or so! 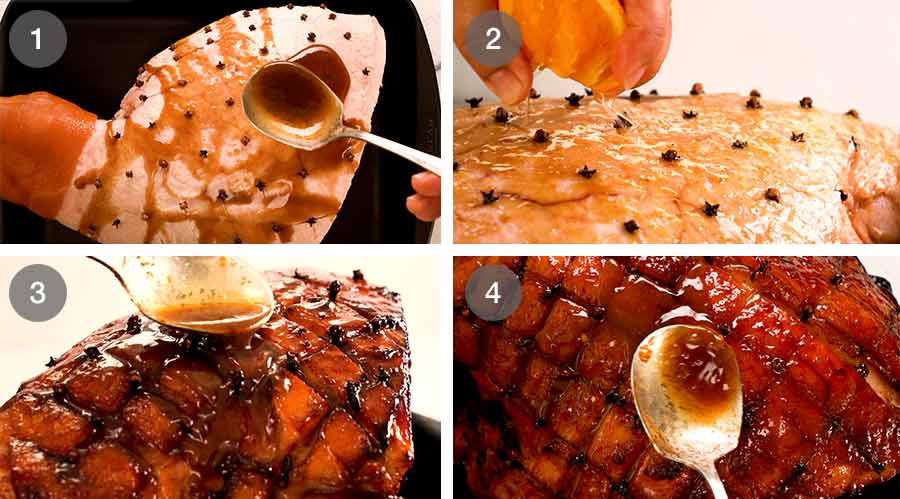 Now here’s the trick for an incredible glaze on your ham – baste LOADS after it comes out of the oven using the syrupy sauce in the baking pan! As that syrupy sauce cools, it will thicken and darken slightly in colour, so as you brush or spoon it over the ham, it creates an incredible thick to-die-for glaze! 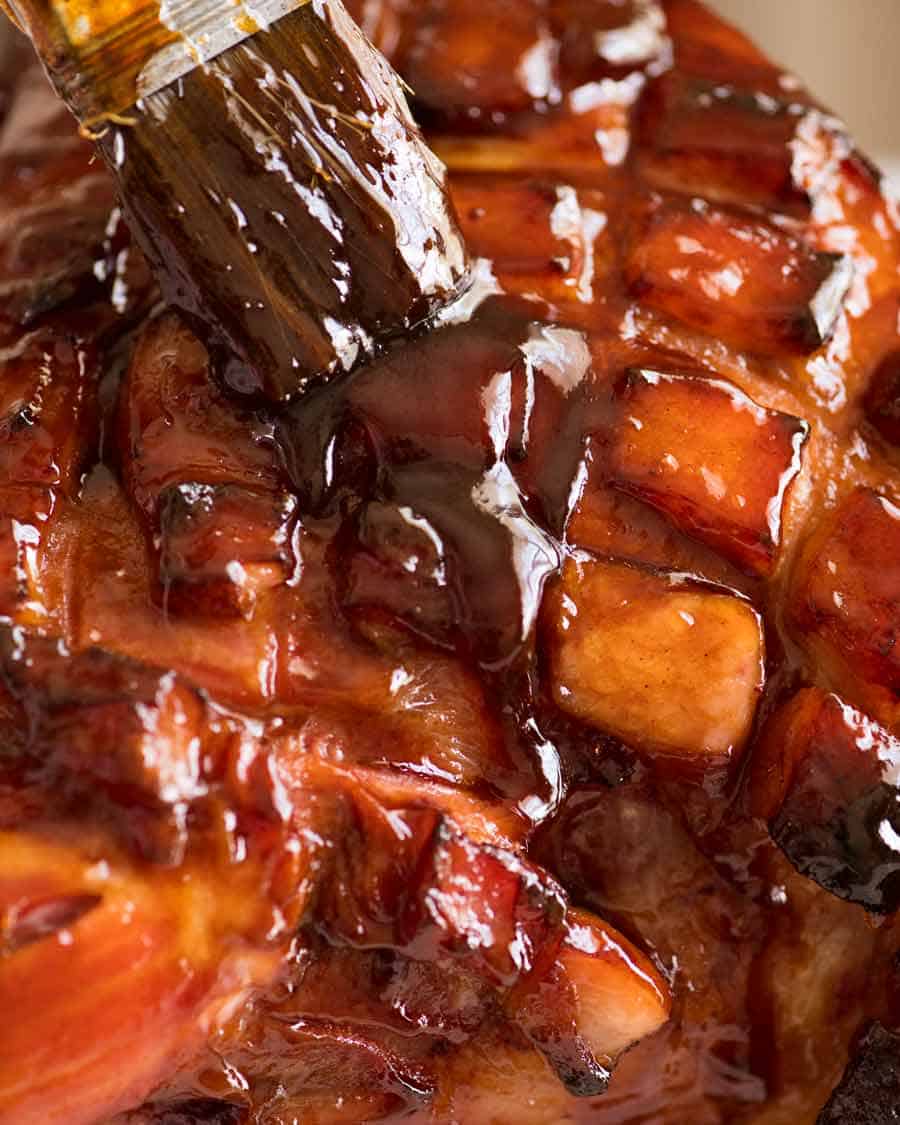 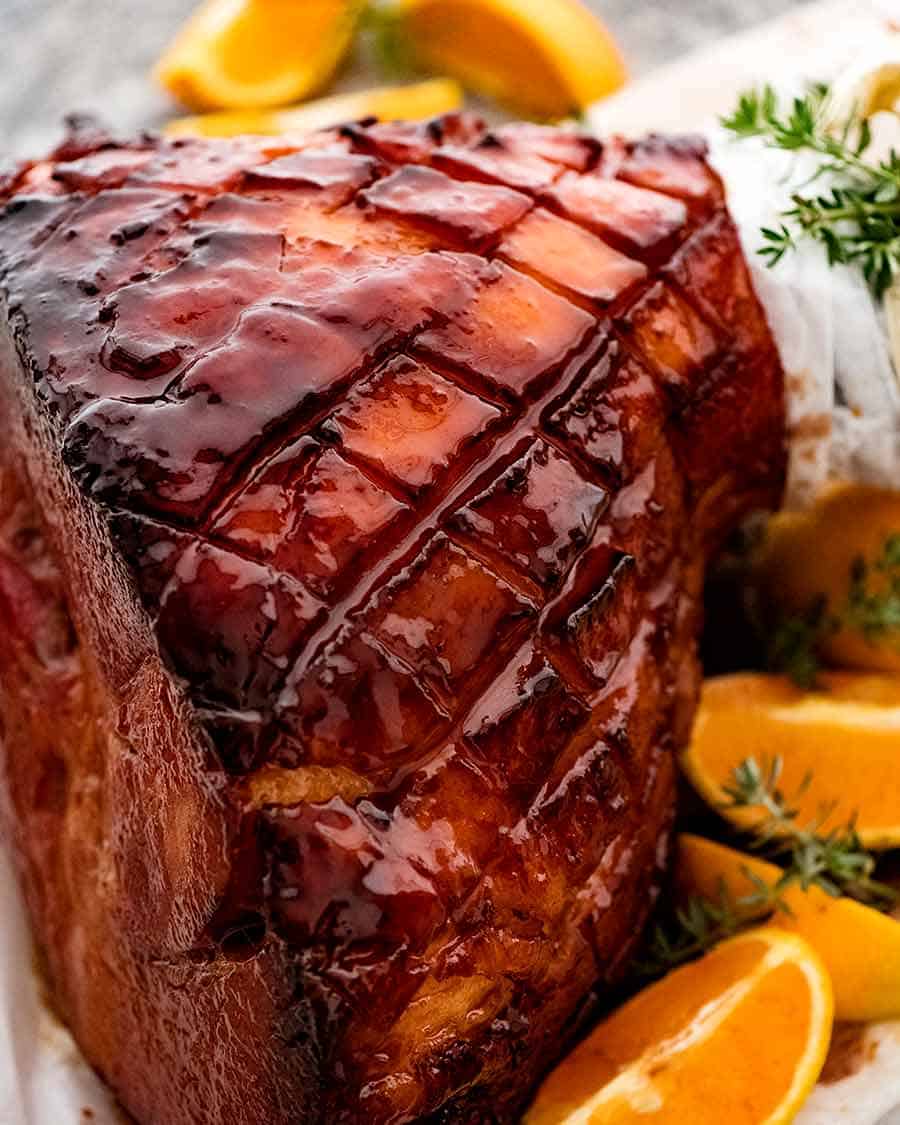 While ham itself is seasoned well enough such that it can be eaten plain, nobody ever says no to sauce!

I used to serve ham with sauces like Cranberry Sauce, mustard, caramelised onion jam and even chutney. But then one day it dawned on me – everybody’s favourite part is the glaze. Why not just use the pan drippings which is just the excess glaze that drips down the ham into the pan? Combined with the ham juices and orange juice, it transforms into a fantastic sauce to drizzle over the ham! 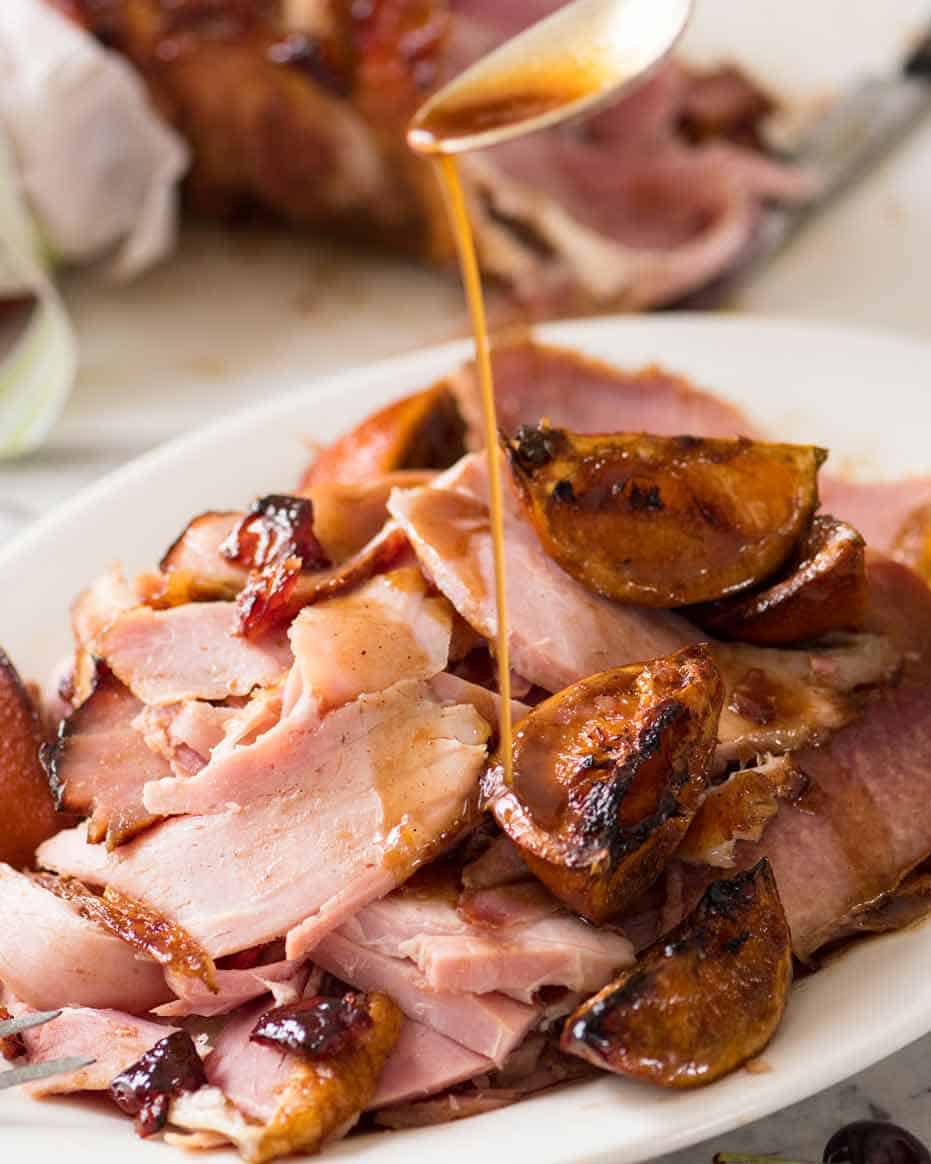 How to serve ham

Here’s how I serve ham – in fact, how I served it on the weekend at a Christmas Party I catered for my mother! (The only “catering job” I do each year – because I can’t say no to her!) 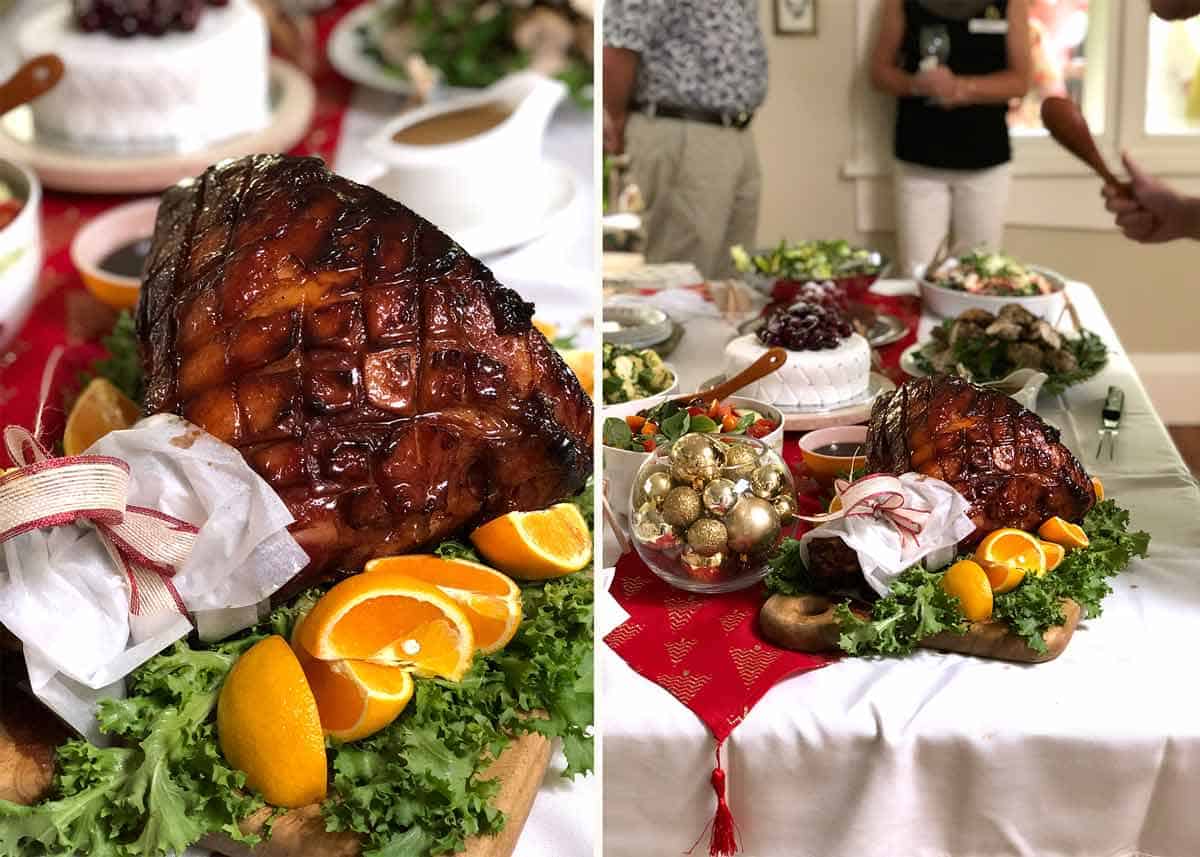 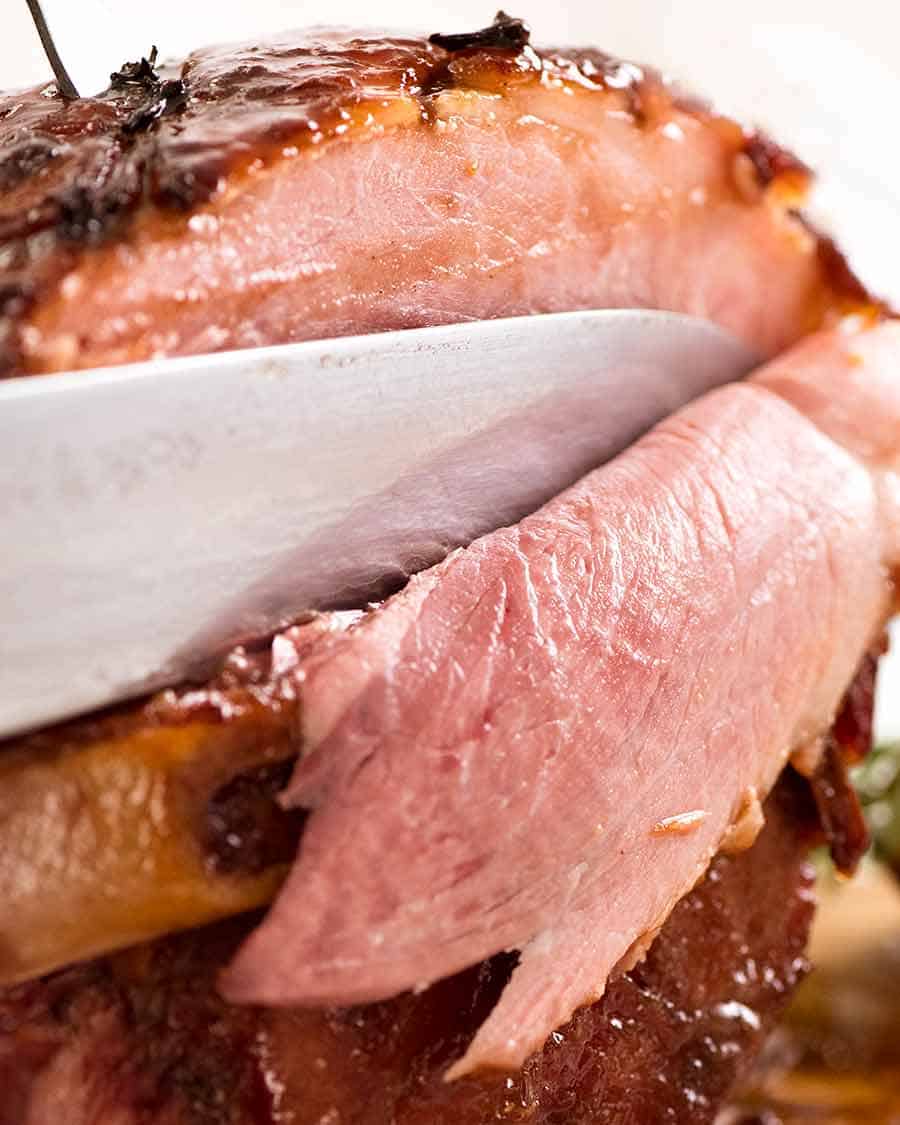 What to make with leftover ham

I always get way more ham than I need (budget 1kg / 2 lb per 6 to 8 people) because Christmas is just as much about leftovers as it is the grand feast on the day! Here are some recipes I deem to be worthy of making using leftover ham!

3 Destinations to Escape the Cold this Winter
September 19, 2020

One of our favorite family traditions each year around Christmas time is to sit down together and watch one of our fa...
Read More

Do you have a Christmas Morning Breakfast tradition? We do! We always have some HOT and FRESH Cinnamon Rolls. The kid...
Read More

I LOVE Pumpkin everything in the fall…I really do! But as soon as Thanksgiving is over I begin to crave all things Pe...
Read More